This AGJ original Maki-e Fountain pen is made by famous Kyoto Maki-e Artisan "Daikai".
This pen is only one in the world. You can not find it anywhere.
Kyoto Maki-e is the best known Maki-e technique in Japan.
This is original maki-e fountain pen based on Sailor 's fountain pen. 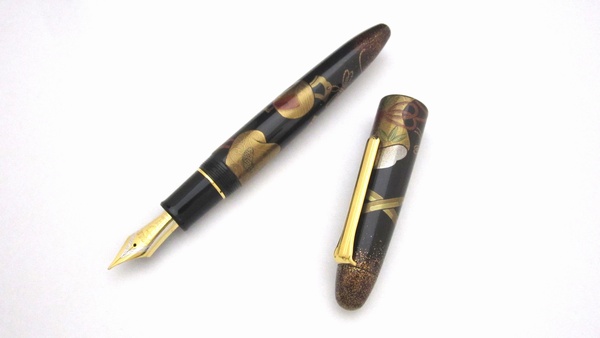 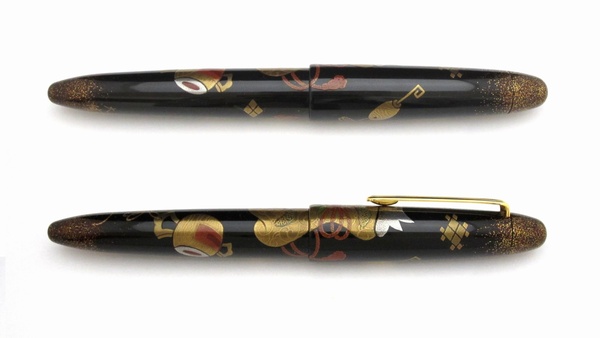 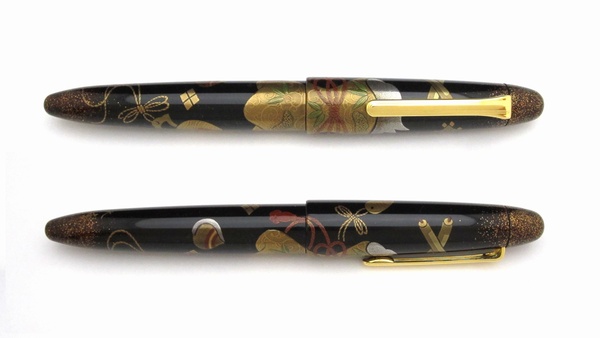 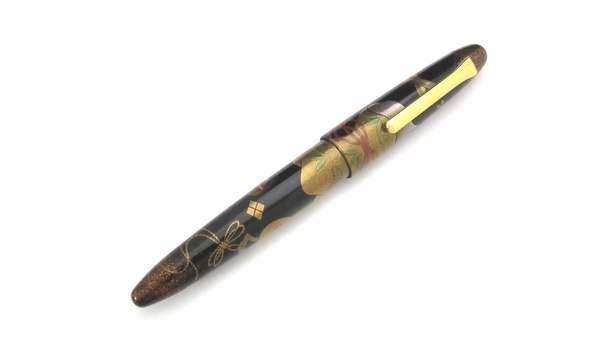 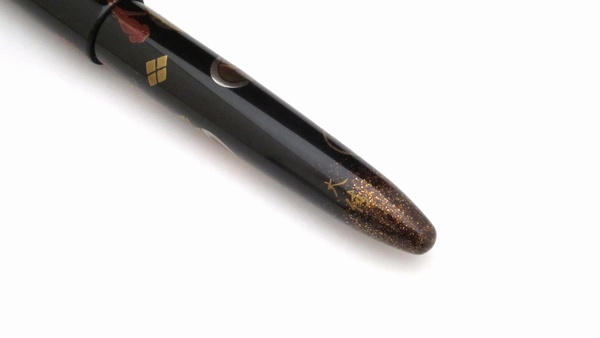 The design pattern called "Takara Zukushi," has traditionally used as a motif of good luck and happiness. Japanese people have used the pattern on kimono and tableware for those wishes.

In Edo period (15th century late 17th century), pattern on loincloth for women in samurai family had to be motif of good luck, so loincloths with Takara Zukushi pattern on black cloth were widely used by those women.

Takara Zukushi in Japan generally refers to "wishes, jewel, key, magic mallet, wallet, hide cloak, clove, wreath, and cinerary box." One or combination of few of them is drawn as pattern. 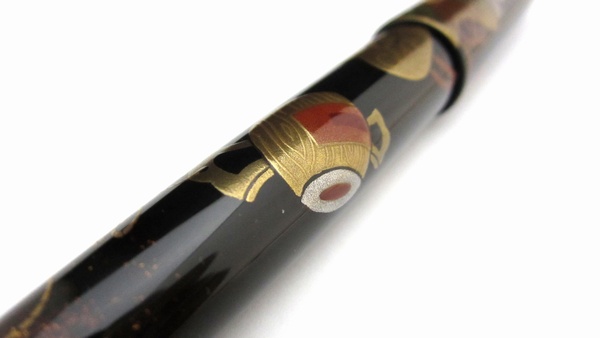 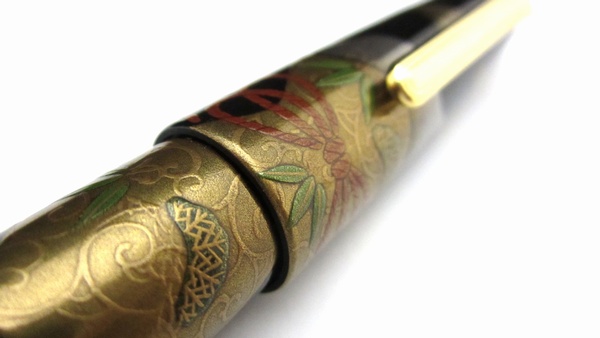 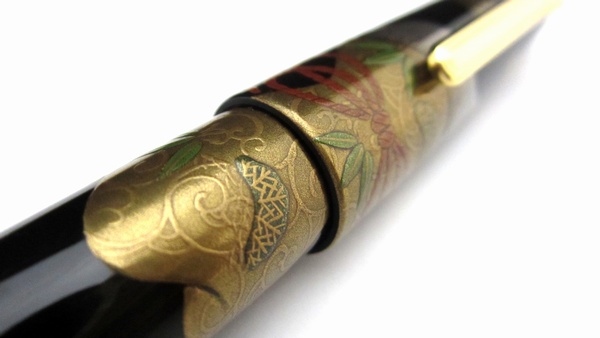 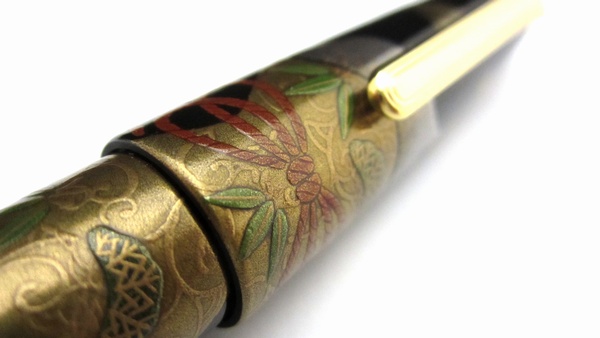 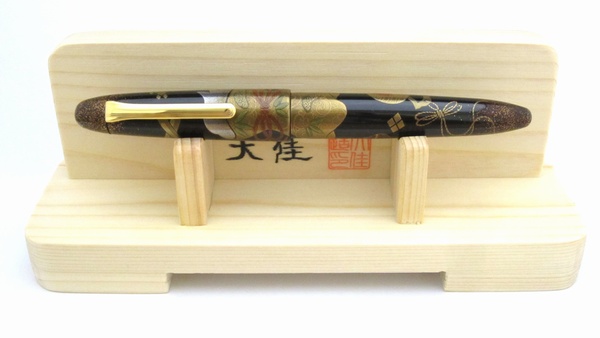 Process:
Shiny gold on the head of the cap and the end of the body (opposite side of the nib):

Hirame (thin gold plates) -Nashiji (gold aventurine) on Urushi lacquer on is burnished
The treasure bag and the magic mallet drawn on the middle of the body:
The above process is for silver colored area.


Gold colored rhombic area:
Paint Bengara lacquer on 4 to make it adhesive. Then, sprinkle gold powder (in size 2,) and paint Uwazuri lacquer (raw lacquer) to harden it. Dry it, and burnish it to make it shiny.

As described above, it is Kyo maki-e which involves lots of processes to draw. It has longer history and considered as higher class than Kaga maki-e (technique used by Namiki.) It is not as colorful as. 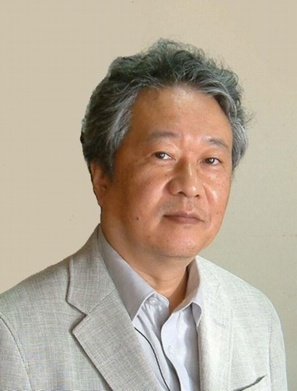